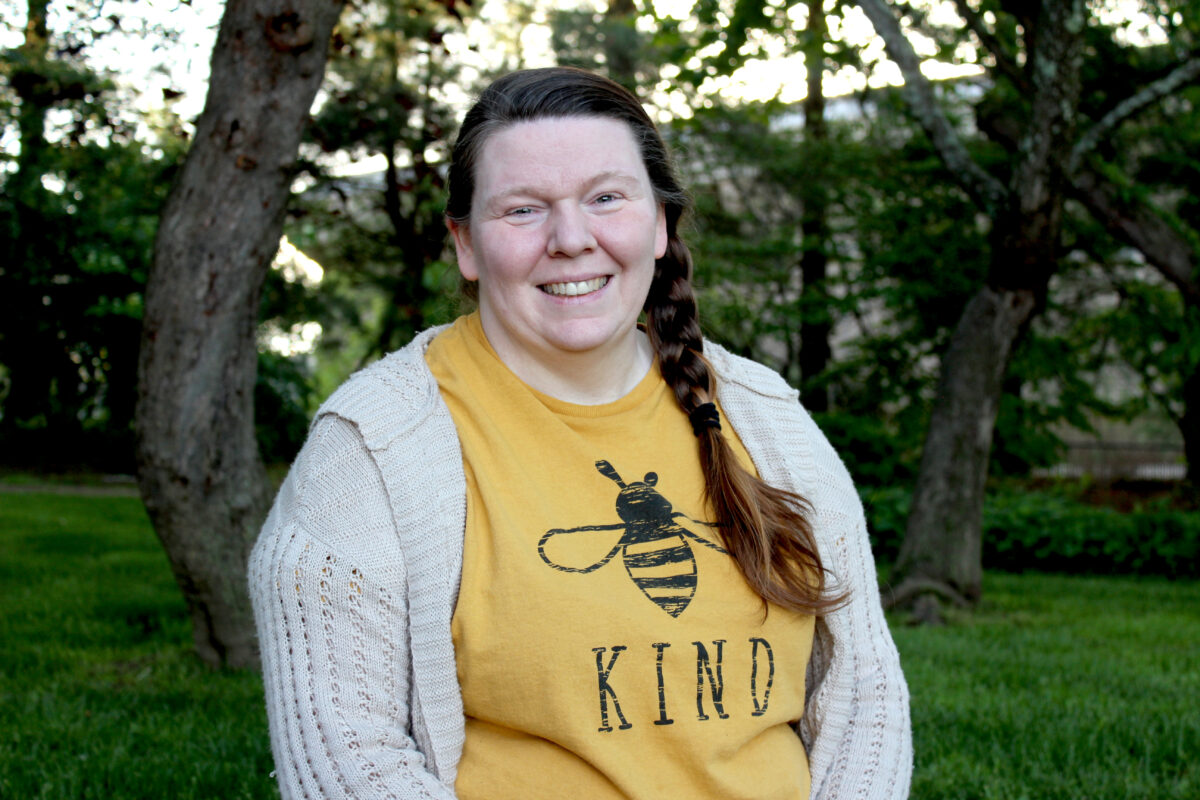 Therapeutic sober living home Independence Again has always been in the business of helping those in our community break down barriers so they can begin to work toward achieving their full potential without the use of drugs and alcohol, but the non-profit organization is expanding their mission by reaching out to our unsheltered community with homeless outreach program Recovery Kitchen.

The Recovery Kitchen outreach program, created by Independence Again volunteer staff member Melissa Veals in October 2019, provides portable meals to those without food in our homeless camps in Cookeville. The meals are sustainable enough to cover 1,200 calories per day over seven days and aid in providing a basic human need to those sleeping in the cold tonight.

“In the cold months, we’ve always made soup. We put it in zip lock bags because it is easy to throw away. We can stick ten meals in a bag, and they can take it with them. We try to make as many different meals because we don’t know about allergies, taste, or if they may need extra calories,” said Executive Director and Founder of Independence Again Lynda Loftis-Webb.

Recovery Kitchen prioritizes providing water and food to the homeless and gives the unsheltered citizen an opportunity to identify any other goals that need resolution that act as a barrier to long-term stabilization.

“We prepare the meals, we distribute them out, and we ask them if they need anything else.” said Loftis-Webb.

This can include necessary documents like photo identification cards, health insurance for an illness, or treatment for an active drug or alcohol addiction.

Loftis-Webb, who is celebrating 26 and a half years in recovery to date, has counseled many hurting individuals in our community that have experienced not only financial and psychological barriers, but also emotional barriers that hinders their ability to receive assistance for their needs.

“Independence Again originally started out of needing sober living for people who were coming out of treatment and/or criminal justice. However, it quickly evolved to providing services to people who had mental health, substance abuse, trauma – the whole gamut of barriers that prevented people from stable housing,” said Loftis-Webb.

The stakes are high each day living without shelter. Everyday items like food, a wallet, or a weapon for protection being stolen poses a risk to these individuals  – and without a place to lay their head to sleep in safety – that risk is significantly higher than one living in a stable environment.

These dangers, along with the increased risk of being physically or verbally assaulted, facilitate learned behaviors that hinder that individual’s ability to accept help. Recovery Kitchen provides a way for unsheltered citizens in Putnam County to see familiar faces within the group and begin to build a relationship with members of our community.

The licensed alcohol and drug abuse counselor Loftis-Webb said that many within our homeless population have experienced emotional blackmail from individuals who are living a much more stable lifestyle that try to shame the homeless into not being homeless, a tactic that she said never works and makes the suffering individual less willing to receive help or necessary resources.

“There were probably 65 people living back there [behind Walmart Supercenter] at one point, and we were taking enough food for ten because they were not going to take food from someone, and it wasn’t a pride issue. It was an embarrassment issue, and that’s on society. That is 100 percent society’s fault. There is no reason that somebody should go hungry for fear that they will be attacked for accepting help from a community,” said Loftis-Webb.

Why Don’t They Just Get A Job?

Loftis-Webb, who has been a licensed alcohol and drug abuse counselor for an estimated eight years, describes the emotional turmoil that one client experienced before receiving help from Independence Again. The situationally homeless individual, whose name is redacted for his protection, explained how he lost his photo identification card, an event which destabilized his life and robbed him of his independence.

“He was so defeated. You could watch his ego, his emotional fortitude, just melt away the whole time he was talking, and you could see it. It was like an iceberg melting slowly,” explained Loftis-Webb.

The local man was encountered for the first time by Loftis-Webb while she was joining Recovery Kitchen in their efforts to provide meals to those living at a homeless camp behind Walmart Supercenter.

[Redacted] had his driver’s license taken away in court, Loftis-Webb explained, and he was ordered to serve ten days in jail. The jail time served was enough for his employer to terminate [redacted]’s employment. He could not seal the deal with his previous employer as a potential rehire because his I.D. was no longer valid.

The entanglement with finding necessary documents rendered him without shelter or resources amid the novel coronavirus outbreak in a frozen outside world.

Without employment, he could not pay to get his photo identification card. Without the documentation required for employment paperwork, he could no longer pay rent, and he soon lost the roof over his head.

Without having a physical address for any forms of identification to be mailed to him, the man faced additional barriers in connection with the COVID-19 shut down. He was not able to retrieve his birth certificate because he was born in another state. The Social Security Administration closed their doors offering only phone and online assistance, forming a blockade from getting necessary safety and security documents for employment, an apartment, and even to drive a vehicle.

“So, everyone’s like, ‘Go get a job, you dead beat,’” said Loftis-Webb, explaining that before he lost his license, the man had a decent job, showed up to work, and had a good work history.

After accepting help from Loftis-Webb, who offered to assist the man with getting his driver’s license, the man was able to make steps toward his independence again.

“He saved eight paychecks, and never cashed a one of them because he was afraid they would get stolen. That’s the life he lived. We got him his social security card. We got him his birth certificate out of Georgia, and for $58,” said Loftis-Webb, “He has an apartment. It cost me $58 and about three hours of my time.”

Independence Again is described as a barrier resolution-first housing program. Many without a safe, stable housing situation find themselves without shelter or resources because of a variety of barriers that present themselves to that individual, and housing is only one component.

The program addresses the barriers that prohibit or put up an obstacle for the individual to gain housing first, like physiological needs and other necessities within the field of safety and security. These are the two most basic tiers that must be met as illustrated in Abraham Maslow’s Hierarchy of Needs before one can reach self-actualization.

The self-actualization stage looks different for everyone on their journey to reaching their full potential, but for many of our homeless population, this stage can translate into having a long-term home or having reliable transportation.

Because the unsheltered are survivalists by necessity, the need for a long-term shelter is not as important as first addressing physiological and security needs, which also may look different than that of a sheltered individual.

Physiological needs are categorized as breathing, food, water, sleep, mental health treatment, and a grievance-free lifestyle from society at large, which includes police, social media, and even helpers. Needs that are considered safety and security are physical healthcare, dental health care, vision care, a social security card, a photo identification card, and a birth certificate.

Covid-19 Isolation Drives Many To Homelessness

One of the barriers that prevent our unsheltered citizens from receiving and accepting resources of any kind that would help the individual work toward independence and gainful employment is often unresolved trauma. A traumatic event can create a lasting impression on a person’s emotional and/or physical security.

If not resolved though psychological and/or medical treatment, the distressed individual becomes entrapped with an unreasonable lack of trust and a decline in self-care, among other behaviors and thought patterns, which negatively affect their health, relationships, and work performance.

“The trauma of covid, the way they came out, we have seen a huge spike in trauma – people being cooped up with their abusers, being cooped up with a drug habit, not being able to receive proper help. Treatment centers are at 25 percent capacity, 50 percent capacity… unemployment, closing a business,” said Loftis-Webb, about the contributing factors of homelessness that many of our own in Putnam County have experienced during the COVID-19 shut down.

Since Jan. 1, 2020, the Independence Again program has seen an estimated four times the amount of applications into the program for homelessness.

“We’re at least four times as high of people who are truly homeless. Not couch surfers. Not those living with grandma. Those who do not have a roof over their head tonight,” said Loftis-Webb, explaining that the estimate is a conservative figure comparing the number of applications for homelessness received a year and a half ago.

With three established homes, and a fourth home for program graduates on the way, Loftis-Webb said the organization’s needs assessments from 2020 revealed the organization is in need of 150 plus beds immediately, and the 2021-2022 business plan includes the need for $2.8 million to acquire land and to build two additional homes for 50 people in each. However, that number may be modified due to changing numbers in construction costs.

Those 109 people represent an estimated $6,087,105 of taxpayers savings each year they are not out engaging in high-risk behaviors including legal involvement, Department of Children’s Services involvement, and failure to contribute to the workforce, Loftis-Webb explained, adding that number is based off the estimated $153 cost that taxpayers pay per day for a person living in sober living rather than incarceration.

To complete the program, every resident must work full-time, save $1,600 while in the program, attend appropriate levels of therapy, and demonstrate independence in all areas of their life in a program takes a minimum of six months to complete.

Contributions Help You And Others Pay It Forward

Independence Again has serviced over 1,600 individuals with skills and resources needed to get them on track toward independence and has housed over 420 people since the organization was founded in 2014. The program is self-funded with the residential recipients paying rent at $155 per week.

Independence Again seeks to provide more sober living environments and services to those suffering and without shelter. To assist with breaking down barriers that prevent our neighbors from living a happy, healthy life that is independent of drug and alcohol abuse, consider donating to Independence Again by visiting their website or donate to Recovery Kitchen.

This site uses Akismet to reduce spam. Learn how your comment data is processed.