Miracles in the Camp 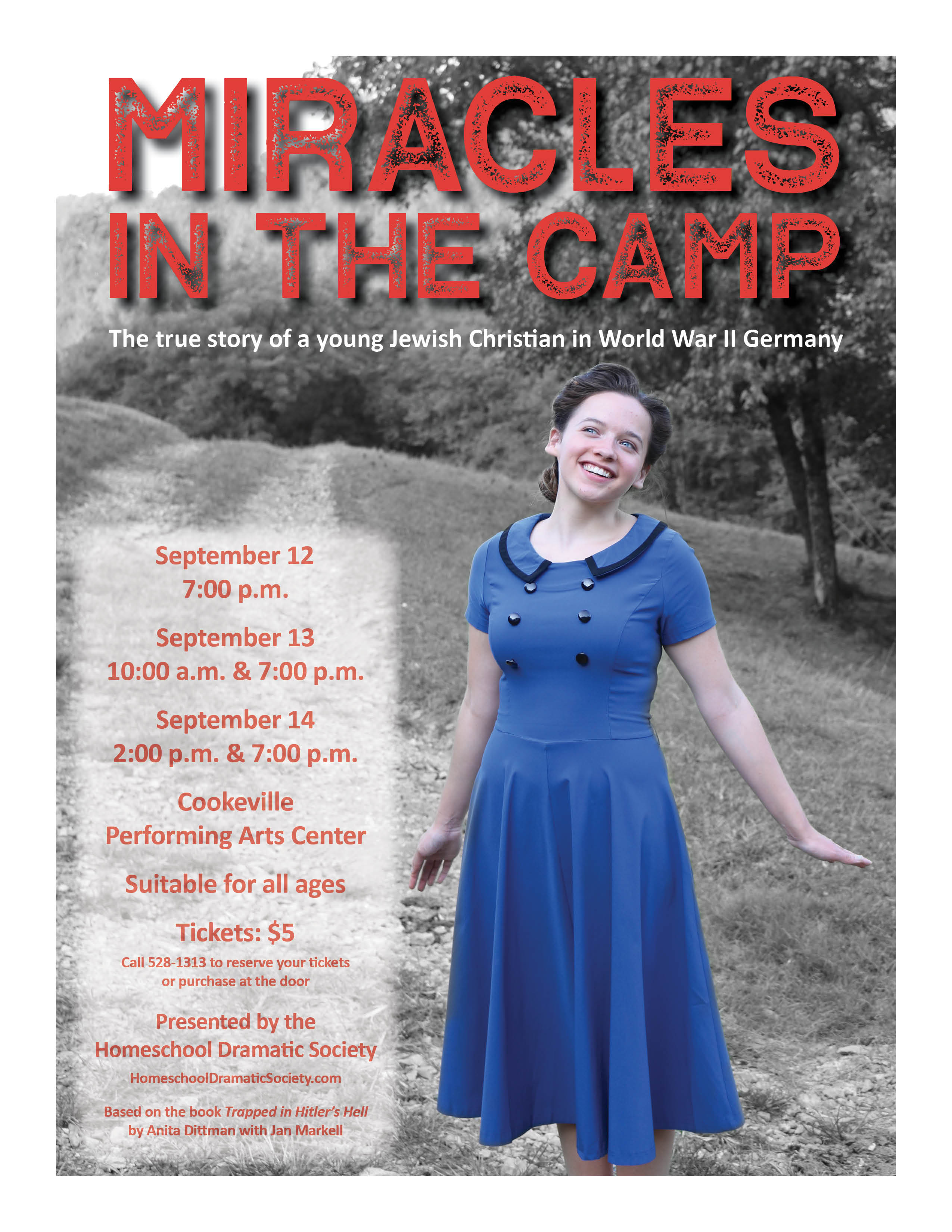 This play tells the true story of Anita Dittman, a young Jewish Christian trapped in Germany during World War II. Anita Dittman clung to God through all of her terrible hardships. Her faith in God shone brightly in the darkness of Nazi Germany. The Homeschool Dramatic Society, made up of one hundred homeschooled students from across the Upper Cumberland, will present this story on the stage of the Cookeville Performing Arts Center September 12-14. While this play deals with a terrible time in the history of our world, the story is presented in a way that is suitable for all ages. German life and culture will come to life through the acting, singing, and dancing of homeschooled students from kindergarten through twelfth grade. This is the Homeschool Dramatic Society’s twenty-first annual production.

Written and directed by Mary Evelyn McCurdy of Gainesboro. Based on the book Trapped in Hitler’s Hell by Anita Dittman and Jan Markell