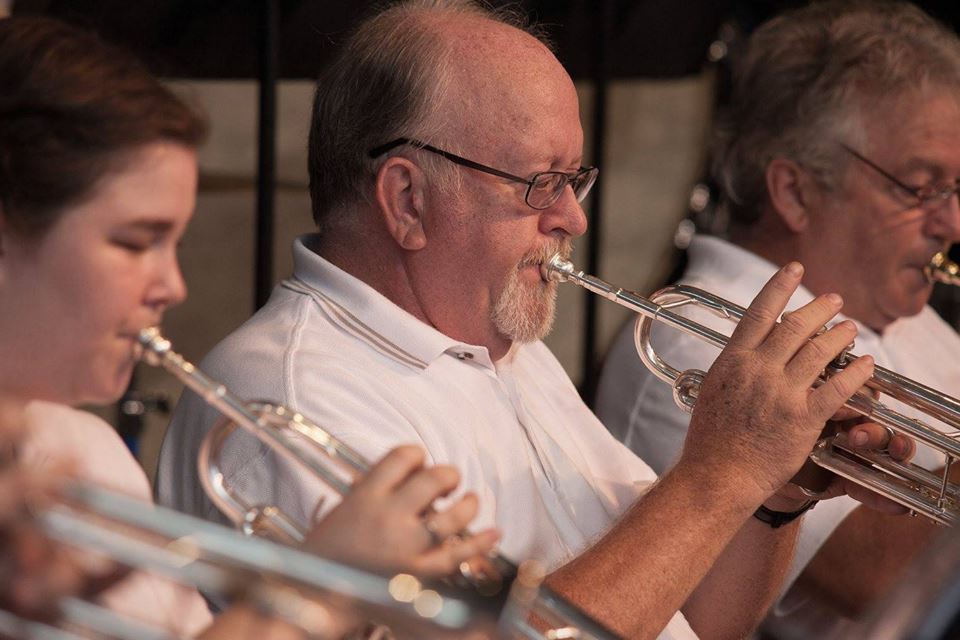 About the Band:
The Big Band Sound Orchestra will present a FREE concert on Monday, August 5 and Monday, September 2 at 7:30 p.m. in the Dogwood Park Performance Pavilion. The band is a 40’s style big band consisting of 5 saxophones, 4 trumpets, 4 trombones, a piano, bass, and drums, with two vocalists. The band plays music from the 40’s, 50’s, 60’s and beyond in the style of the big bands from the day. The members include professional musicians, both active and retired, as well as other interested community members. Many of the players in the Big Band Sound also perform with the Cookeville Community Band. The band is led by trombonist Carroll Gotcher, who often conducts the Community Band. The band was founded in 1994 by the late OJ Cummins and was run for several years by the late Wayne Pegram. Look forward to Swing, Jazz, Latin, and pop selections for listening and dancing enjoyment. The band will even leave half the stage at the Dogwood Park Performance Pavilion for dancers of all skill levels.