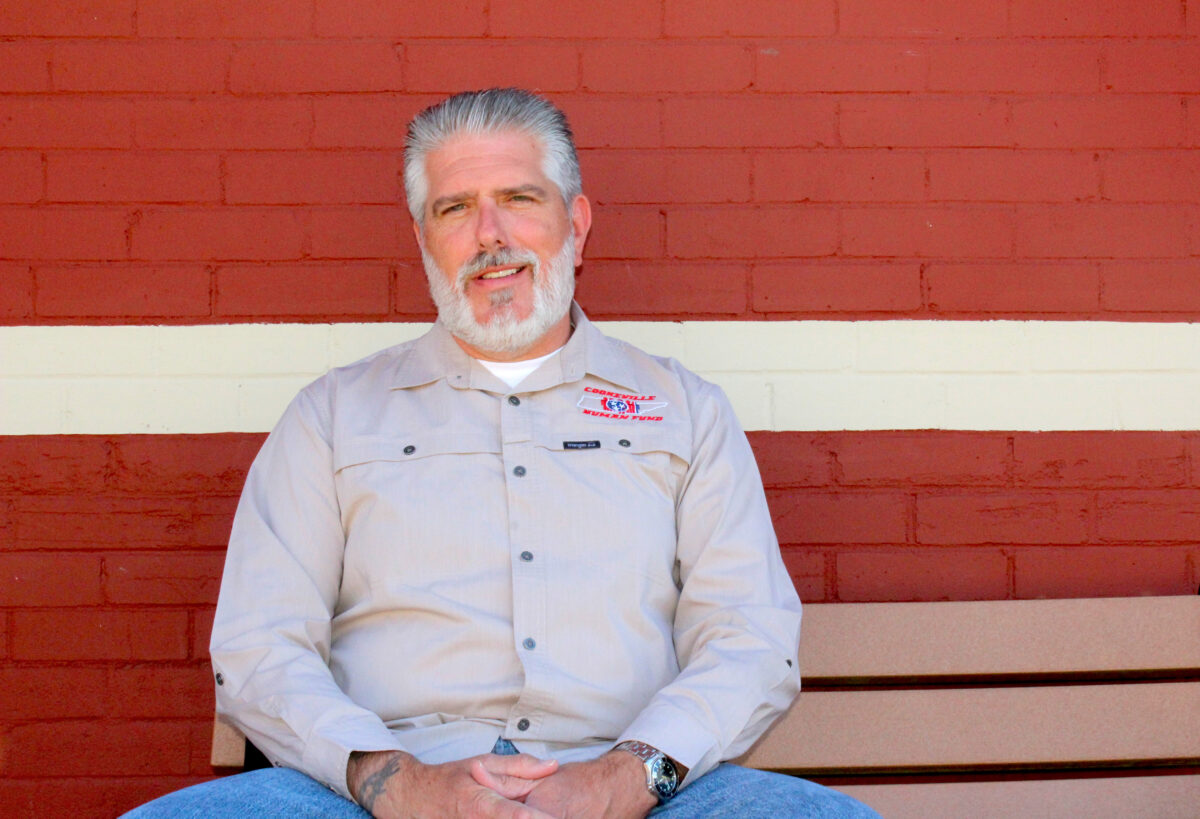 The campaign seeks to lend a hand to those in a short-term critical bind in effort to prevent impoverished locals from spiraling into homelessness.

Pulling hundreds of Putnam County residents out from a short-term financial crisis may sound like a near-impossible undertaking, but the founder of the Cookeville Human Fund (CHF) Master Police Officer Marc deClaire, of the Cookeville Police Department (CPD), is celebrating over two years of assisting those in critical need with the contributions made from our community.

“The majority of people are from here. They take pride in their community here, so they want it to flourish, so me, as a police officer, I have a vested interest in this community, so I want it to be this community where if somebody is down and out, we can give them a hand up here,” said deClaire.

The poverty rate is on the rise in our little big town, and many more are experiencing economic hardship. Those struck with poverty, which is an estimated 25.1% of the population in Cookeville alone, can tread softly into homelessness as one need after the other is put to the wayside.

“If somebody doesn’t intervene in something like that, it could spin out of control and lead to homelessness,” said deClaire. “There is a huge percentage of Americans that are one paycheck away from being homeless, and if something happens to their car, and they got to spring for that, then that is going to have a chain reaction.”

Basic Needs Domino If No Intervention

With over two decades of experience in law enforcement carrying out patrols and service calls, deClaire has answered to more than a fair share of welfare checks.

On the front lines, he witnesses the financial conflict that those who are impoverished often endure daily. When an illness causes a loss in work hours, with added costs associated with medical care, many simply choose not to make that appointment. When a car breaks down, the choice between paying for those vehicle repairs to get to work or handing the apartment keys back to the landlord is a tough one to make.

These are the kinds of challenges faced every day by those living in poverty. If those short-term needs are not met, many of our own in Putnam County recourse to finding shelter behind buildings and panhandling, especially along Jefferson Avenue at Interstate 40.

“I got sick and tired of walking away,” said deClaire, describing leaving situations without having the immediate funding to help those in a critical bind, and that led him to try his hand at fund-raising in the summer of 2019.

Getting The Word Out There

“So I had an epiphany one night, in the middle of the night, and I woke up and I said, ‘I know how to do this,” said deClaire. “I’ll create a Facebook page, and I’ll get in there, and just be loud,” he said.

The officer began his campaign to raise funds by first creating a Facebook page for Cookeville Human Fund on Aug. 1, 2019. His mission statement, “an immediate response for a short term need or solution for those in a critical bind” began to take shape around the community.

His social media page soon became filled with post after post of how he was able to uplift someone in our community with the donations he received for the cause, and more importantly, get them back on their feet by providing a solution to a financial need they otherwise could not meet.

Awards, And Other Distinguished Titles

The campaign to help those with short term needs earned the attention of other local authorities, and deClaire was nominated by Putnam County Commissioner Jonathan A.D. Williams, later being named by the commission “Citizen of the Month” in September 2019.

Making headlines, his campaign began building momentum, and he was later named “Officer of the Year” by the American Legion Post 46 in Cookeville in December 2019.

While deClaire received many significant awards, the officer recalls the day he received another distinguished title, “better than Superman”, from a young man who, through the CHF, the officer was able to help bring what seemed an impossible situation back to normal. He tells his story:

Family Of Six Stranded Over 2,000 Miles Away

“Well, its very cold, and we (CPD) got a call from a motorist saying, ‘Hey, there is four kids, and what appears to be their parents, off to the side of the road in front of the movie theatre — with luggage’, and so dispatch sends me… so I interview the father, and he tells the story about the car,” said deClaire.

The family vehicle had broken down from a seized motor in Harriman while on their way back to their home in San Bernardino, Calif.  Their car was junked, and so the family was forced to pay for a ride from towing company AAA to Cookeville because there were no other resources available, in terms of, temporary shelter in crisis between there and here, the officer said. With only enough money for food, the family was stranded.

“They don’t have any money for any other things, so what am I gonna do? Let them freeze to death? I am gonna do the ‘walk away’?… So, I’m like ‘You’re not staying out here. I’m gonna help you.’ And I don’t really think he [the father] caught on.” said deClaire.

The CHF was able to purchase bus tickets from Greyhound Lines, Inc., an estimated $700 expenditure, to get the large family on the bus and back on their way. With such a costly need, the officer began evaluating the funds. He was determined to bring that family to safety and shelter them from the cold.

“So I’m like ok, I’ve got to house them, and I’ve got to feed them. Okay, I’ve got some funds, I could take care of it. So, I put them up in a hotel, I got WeDeliver to hook up with them to get their dinner – all straightened out. I was working the next morning, and I wanted to make sure they were getting on that bus. I didn’t want any confusion. They were early, so the bus hadn’t gotten there yet. So, I said, ‘Hey, just wanted to make sure you got here.’ I think they were just blown away. One of the kids said to me, ‘You’re better than Superman.’ So, I got all teary-eyed. I said, ‘Thank you, man. Good luck to you. I was so happy to do this for you.’ They were like, ‘This is the greatest thing that somebody’s ever done for us.’ That was a real tear-jerker for me. I was like, ‘This is why I’m doing this.’”

Since accepting his first award for his efforts with CHF, deClaire received an outpour of support and donations from the community who embraced the officer’s innovative approach to problem solving in Cookeville, where the campaign allows for intervention right away for Putnam County residents who find themselves in a tight financial spot.

“It’s not like I solicited it — they called on me and said, ‘Hey, we want to be a part of you [CHF] because we believe in what you’re doing,” said deClaire, later adding, “Cookevillians… they scream community, and they are the epitome of the Volunteer State.”

Before the campaign’s inception, deClaire admits his main concern was that the funds were going to run too low, and he would not be able to assist those in need like he had set out to do.

“I don’t know if I was totally convinced that the community was just going to be like ‘Yes, you’re gonna do this. Yeah, we’re gonna support you.’ I’m gonna have to put down on my Facebook, on my social media, and say, ‘At this time, until further notice, the Cookeville Human Fund is suspending our campaign due to the lack of funds.’ That always enters my mind,” he said, describing the possibility of an unsettling outcome before his idea for the organization even took ground.

Looking Into The Future

deClaire said it is his hope that the donations continue, but also that the funds grow so that CHF has the resources to impact the residents and the community in a meaningful way.

The short-term needs can range from a few boxes of diapers to a more exorbitant expenditure, like vehicle towing and repairs to keep a family afloat. Because he never knows in advance what the need may be, he said he would like to see contributions reach $5,000 monthly.

“Just so I have that peace of mind that if I gotta do something incredible to help somebody out that’s gonna cost, you know, a bit of money, that I can do that, and do it without thinking, ‘Am I gonna be able to help the next person?’” said deClaire.

The officer said he would like to see other law enforcement officials, outside of Putnam County, who would consider forming their own human fund to facilitate wellness within their communities, citing the success in Cookeville from his campaign.

“I would hope that somebody would take my platform and use it in their community, and their county, their city,” said deClaire, “It doesn’t have to be a cop, it could be a first responder, but cops are always on patrol.”

Invest Into Your Community By Giving

The efforts of the CHF have reached the needs of many within Putnam County, providing solutions or items like diapers, fuel, food, and prescription medications to get those in need from point A to B.

The organization has made their own strides by creating contemporary merchandise and offering ways to make regular donating simple by visiting the CHF Patreon account. To uplift someone suffering from financial turmoil in Putnam County, consider donating to CHF.

“Isn’t that a good investment — a good return?” said deClaire, “You’re just giving them a hand up, and that’s all it takes for some of these people.”

CHF is an organization that supplies short term needs to Putnam County residents as an immediate resource for those who need financial assistance with meeting a basic need, reducing the risk of homelessness in the community. A vetting process is required and is at the discretion of deClaire and/or other appointed CPD officials. CHF does not fund rent payments, utilities, or any type of home repair including plumbing, electrical, roofing, and HVAC system, etc.

This site uses Akismet to reduce spam. Learn how your comment data is processed.